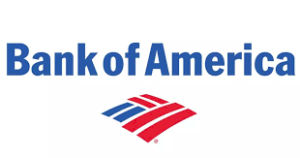 Law360 (March 31, 2020, 7:34 PM EDT) — A federal judge in Illinois dismissed proposed class claims against Bank of America Tuesday, finding that one of its account holders failed to show how the bank violated the law by slapping him with overdraft fees.

U.S. District Judge Charles P. Kocoras found in his order that plaintiff Matthew J. Sharp failed to show in his proposed class action why defendants Bank of America NA and Bank of America Corporation should have to face his claims.

Judge Kocoras granted motions to dismiss all five of the claims against the Charlotte, North Carolina-headquartered retail bank brought in August by Sharp, a Bank of America customer who lives in Illinois.

Three of Sharp’s claims — breach of the implied covenant of good faith and fair dealing, conversion and unjust enrichment — were dismissed with prejudice by Judge Kocoras’ order. But the judge gave Sharp 30 days to amend his other two claims of breach of contract and unconscionability, telling the plaintiff that the matter would be dismissed if he didn’t meet that deadline.

The judge also trimmed from the suit the claims against Bank of America Corporation, citing a different suit that Bank of America faced in 2012 that “combined and conflated” the two entities and saying that Sharp made the same mistake.

And Judge Kocoras denied Bank of America’s motion to strike Sharp’s bid to represent a proposed nationwide class in the matter, citing Seventh Circuit precedent from earlier in 2020 that determined that it was not appropriate to apply to class actions the personal jurisdiction rationale of the Supreme Court’s decision in the widely cited 2017 case Bristol-Myers Squibb Co. v. Superior Court.

Sharp says in his suit that it was unfair and improper for Bank of America to charge him overdraft fees for debit transactions he incurred using debit cards issued by retailers Target and Speedway that he had linked to his Bank of America bank account.

Sharp claimed that contract language he’d agreed to as a customer of the bank stated that it wouldn’t charge overdraft fees on debit transactions, arguing that language should control despite the fact that his debit card was not issued by Bank of America. Bank of America moved to dismiss the allegations on all counts.

Judge Kocoras’ interpretation of the contact determined that the “the Contract only applies to debit cards or access devices that were issued by BANA, unlike the decoupled debit cards at issue here.”

“Decoupled debit cards do not fall within the meaning of ‘debit card,’ ‘Card,’ or ‘Access Device’ under the Contract,” he added. “Given that BANA only agreed to refrain from charging overdraft fees for everyday non-recurring transactions made with these types of cards, Sharp cannot state a breach of contract claim based on overdraft fees in connection with decoupled debit cards.”

He also found that breach of implied covenant of good faith and fair dealing was not an independent cause of action under Illinois law, saying that in the state, that covenant was widely interpreted by district courts to only aid in contractual interpretation.

As this Court previously clarified in Boone v. MB Financial Bank, N.A., “Illinois law … does not recognize an independent cause of action for breach of the implied covenant of good faith and fair dealing. This covenant merely aids in contractual interpretation.”

Sharp had argued that it was unfair that he couldn’t negotiate the contract and that the overdraft terms were not clear in the contract.

The judge disagreed, finding that “adhesion contracts are ‘a fact of modern life’” and that Sharp didn’t say which part of the contact had been unclear.

“Sharp’s failure to read or understand a clearly defined term of the Contract is not grounds to void an otherwise valid contract due to unconscionability,” Judge Kocoras said Tuesday.

And to Sharp’s argument that the $35 fees themselves were unconscionable, the judge responded that they were terms of a relationship with the bank from which Sharp benefited and “cannot be reasonably be construed as so ‘one-sided as to oppress or unfairly surprise an innocent party.’”

–Editing by Amy Rowe.
For a reprint of this article, please contact reprints@law360.com.